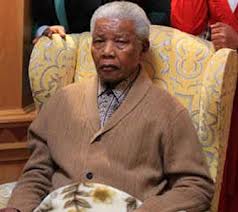 I’m sure this will have caused some people to panic…

President Jacob Zuma has sought to reassure South Africans as Nelson Mandela is being treated for the recurrence of a lung infection.  In an interview with the BBC, Mr Zuma said that people “must not panic” and that the former president was doing “very well” so far.

The 94-year-old was admitted to hospital before midnight on Wednesday. He spent 18 days in hospital in December undergoing treatment for a lung infection and gallstones. In a statement released earlier, Mr Zuma’s office said the ex-leader was “responding positively” to treatment.

I wish Mandela no harm. He has led a long life if not necessarily a good one. At 94, he has had a good innings, unlike, for example, all those white farmers murdered by Nelson’s henchmen in the ANC terror wing Umkhonto we Sizwe.

We can all agree that Apartheid was a moral and indeed a political wrong but I dispute the BBC line being retailed that Mandela is a figure of moral authority. One need only review his embrace of every communist  tyrant from Gadaffi to Chavez to be clear of his political leanings. 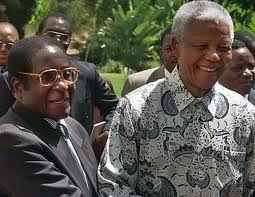 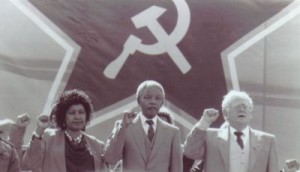