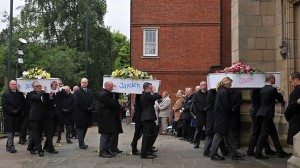 As commentators on the absurdities and sadness of life, we who write on ATW, courtesy of David of course; cover many things, of politics, of greed, of the sheer lunacies which reside within the minds of terrorists: but not many times have we written of the forgotten.

It is in this frame of mind that I remind you of the number SIX. It is of course the number of the children of Michael and Mairead Philpott who died due to asphyxiation from smoke inhalation from the fire set by the three conspirators. The same fire which would have been blamed on Philpott’s other ‘wife’ who of course was planning to have the children live with her, and naturally of the Child Benefits payments of which the Philpotts’ menagerie would be the loser. The names of those deceased are Jade Philpott, 10, and her brothers Duwayne, 13, John, nine, Jack, eight, Jesse, six, and Jayden, five; and let us sit in silence for a few seconds lest we forget that these small children were the true victims of a thoughtless plan by an arrogant cash- and sex-driven moron who knew that the world owed him a great deal.

In any other time, the loss of these six souls would  never have left the headlines for weeks on end, but those sad deaths and the subsequent funerals sat on the front page for maybe a day before being relegated to the inner pages; and thence of course to the chip wrappings, mainly becasuse it was first presumed to be a tragic accident. One death, one small figure in a story of torture or mindless savagery can sway a nation to change, but SIX? We read acres of newsprint on the lifestyle of this feral clown and his obsessed women, we watch innumerable clips and documentaries on how the ‘benefits culture’ spawned this monster; but we do not read much of the sadness behind the deaths of those six innocent children.

Why not? Why are all the torrent of words and anguish aimed at the man who caused those deaths, and hardly any is in remembrance of six small souls who now will never know really what they were born for, which was of course to provide a comfortable lifestyle for a smug, smiling killer who thought he could get away with murder.

10 thoughts on “Not a brief glance I beg, a passing word:”