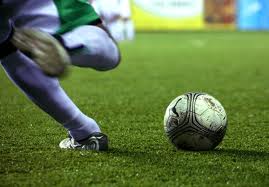 One of the events hyped by the Stormont Executive as “must see” this year is the World Fire and Police Games. To be honest I had never heard of this event until it started being talked up  here and I am totally disinterested in it when it does happen. The PR guff from Stormont alleges it will boost the local economy and bring loads of tourists here. We shall see. However, there is one aspect of it which does amuse me. Given that it is the World Fire and Police Games, you might think that Northern Ireland policing would be at it? Wrong!

The PSNI football team is embroiled in a row after the club’s management told players that it would not be entered into this year’s World Police & Fire Games in Belfast.

BBC Sport understands the management had concerns over the squad’s commitment and in the ensuing stand-off, one player has quit the team. This happened despite the PSNI team’s qualification for the final of the British Police tournament on Tuesday. The Games run from 1-10 August. The row followed the PSNI’s 3-1 win over Dorset Police in the semi-finals of the UK police competition on Tuesday which set up a meeting with the Strathclyde Police next month.

Bit of a laugh really. We pay Police to POLICE, not play football. So I think this event is a distraction from the real world and it must by definition consume our cash and take up police time. I wish it was not coming here but the desperation at Stormont to “be seen” to do something is so great that any straw will be grasped.