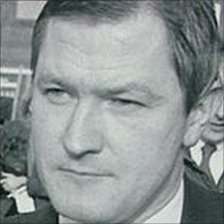 We have heard a lot about “collusion” from the Finucane family in recent times so I thought it might be interesting for you to remind you of the thoughts of the former Head of IRA’s Southern Command, Sean O’Callaghan;

“I knew Pat Finucane reasonably well. I first met him in 1980 at a high-level IRA finance meeting in Letterkenny, Co Donegal. The meeting took place in a private room above a public house. Also present were Gerry Adams, the now-dead Tom Cahill, Pat Doherty (now the MP for West Tyrone) and several others.

Adams and Finucane arrived together in the morning and left at lunchtime. Did Finucane introduce himself as a member of the IRA? No. Did anyone present describe him as such? No. It was, however, exclusively an IRA meeting and quite clearly, without doubt, understood to be so by all present. That is the evidence of my own eyes and ears and I stand by it today as I did yesterday and as I will tomorrow.

Of course Finucane should not have been murdered, and if it is proved that anyone played a role in that murder they should pay the price. But he was not the blameless, innocent “human rights” lawyer beloved of nationalist Ireland and the quasi-liberal chattering classes in the United Kingdom

He came to visit me several times in Crumlin Road prison in Belfast, where he spent much of his working life acting as a trusted conduit between the IRA prisoners and the leadership on the outside. Finucane wanted to represent me, but expressed no interest in my legal position. All he wanted to know was what I had told the police, and there is no doubt in my mind as an individual that he was acting as an IRA member and exploiting his own legal position for the benefit of that organisation.

When an IRA member was arrested, the first person to gain access to him was usually a solicitor. The organisation on the outside was often desperate to discover if the prisoner had made any statements incriminating himself or others, had provided information on arms dumps or future IRA operations or even had been turned by the security forces.

This was where an individual solicitor such as Finucane was invaluable to the organisation. He was different to many other lawyers who held strong political views. The renowned Belfast solicitor Paddy McCrory was undoubtedly a staunch republican, but he was a constitutionalist who demanded the highest standards from the state and never believed that the law was a weapon to be exploited by a terrorist organisation.

Pat Finucane was first and foremost an IRA volunteer, and he exploited his position ruthlessly to wage his war on the state. In Crumlin Road, I once explained to him that I had admitted the attempted murder of a UVF member from Portadown and went into some detail. When I finished he looked at me with contempt on his face: “And after all that, you missed him.” Hardly what you would expect to hear from a peace-loving man who believed in the primacy of law. The last occasion I met him was in Crumlin Road about 27 hours before he was murdered: I was, in fact, the last prisoner he spoke to.

Pat Finucane was an effective agent for the IRA. Who knows what “punishments” were exacted by the IRA as a result of his activities? Finucane did end up being murdered, but not because being a member of the IRA was immediately punishable by murder or execution – unlike being a member of the RUC , the Army, the judiciary, a civilian worker at a security force base or an agent for the state.

Strange old “troubles”; a very strange “dirty war”. To anybody who has involved himself in Northern Ireland, none of this should come as any surprise. How Pat Finucane would laugh at his continuing effectiveness.”

The allegations made by O’Callaghan are not compatible with the republican eulogising of Mr Finucane. It seems logical to assume someone is lying. I wonder will we ever know who? Was Finucane in the IRA as O’Callaghan alleges? His family say he was not although there is no doubt that other family members WERE in the IRA.  So the more we look into this story, the more obtuse it gets.