…and don’t mention Europe; its all Climate Change: Gottit? 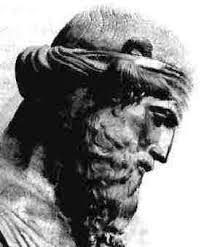 Let’s start with a quote from the great man, Plato.

So, how are his 21st century fellow Greeks getting on in that former cradle of civilisation?  Well, they are out there on the streets protesting, rioting, threatening to hang the Prime Minister.

Why? Because Greece decided to try and join a currency union that would lend it €€€billions in exchange for it broadly accepting the fiscal prudence and rigour of Germany. It had no intention whatsoever of ever doing this, of course, and whilst it spent like money was going out of fashion, it turns out that it is Greece that is going out of fashion as the prospect of Sovereign Default looms closer day by day.

The EU pipers now call the tune in Greece and demand all sorts of cuts and austerity. Yesterday, the Greek Parliament voted for a new and controversial new property tax bill, first announced earlier this month, that aims to boost revenues. Anyone who does not pay the new tax risks having their power cut off. The lights are literally going out across Greece and we may not see them on again in our lifetime. Still, the sun shines quite a lot.

The Greek State, encouraged by the EU, is threatening its people with all sorts of punishment. The total state of detachment between the politicians and the people is there for all who have eyes to see.  And in a sense this is the fulfilment of the European ideal – central planners telling puppet Parliaments what they must do. Greece is gone so far that it cannot be saved. It must leave the EU and look forward to a century of continued decay and demographic death. But what happens in Greece today will transfer to all those OTHER EU Nations that thought there was such a thing as a free lunch. There never is. The price for Euro-roubles was Euro-despotism and I am sure had you been in Athens last night, you would be under no illusions. You can have freedom or you can have the Euro.