With an improving economy, falling unemployment, low interest rates, it’s vital that the LEFT change their narrative. They can no longer plausibly whinge that “austerity” isn’t working when it is all to obvious that it is – so, what to do?

I know, how about pretending that there is a ‘cost of living crisis” and that people are literally starving in this country. We have become Third World and not even seen it coming.

That’s basically where the current leftist political narrative now lies, as Food Banks open faster than coal powered power plants in China, and as we are told many people are having to choose between  “Heat of Eat” to just survive. Here’s a picture taken in Belfast yesterday and it shows just how much poverty we have amongst our young people…. 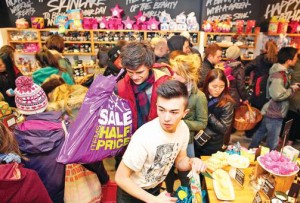 It’s such a scam but the Left are shameless. They assured us that the economy could not improve unless we spent and borrowed more (the very thing that caused our problems) so when the daily economic news confounded that notion they have moved their tanks onto a different lawn. In this new situation, they allege that people NEED the State to control energy prices, to increase wages, and to get tough with business. It is unmitigated socialism but the irony is the British people are quite susceptible to such snake oil sales men and so I think it is possible that in 2015 they may return Labour – the party that all but ruined Britain  – to power.

If you tell sweet lies rather than harsh truths, you have a much better chance of getting elected. The likes of the MSM collude with the Left in their “cost of living” meme and if we have another year and a half of this drip drip drip who knows what voters will do? 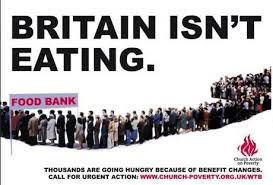