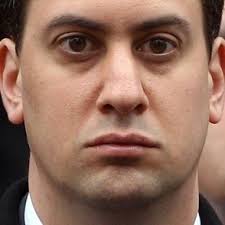 Someone once said that you should NEVER underestimate the sheer stupidity of the voting public. I agree!

Ed Miliband is on course to win a commanding majority at the next Election, according to a bombshell poll by Conservative donor Lord Ashcroft. The survey of 213 marginal constituencies found the Tories would lose 93 seats to Labour, giving Mr Miliband a majority of 84 if a General Election was held tomorrow. The Tory peer warned party members hoping to triumph in 2015 that they faced a challenge equivalent to military strategists ‘planning the final assault on Berlin while evacuating Dunkirk’.

Why? People are MUCH more interested in sweet lies than harsh truths. Labour transmogrified the  UK between 1997 and 2010, bringing it to the edge of financial extinction. Now, it seems that the electorate seek to turn away from the need to deal with the consequences of this economic crisis, and instead place in government the people who brought the crisis about!!!

Not only that but Labour CANNOT be trusted in any way with regard to immigration and yet, unsurprisingly, the voters seem relaxed about that.

In truth there is LITTLE difference in substance between Labour, the Cons and the Glib Dems.  UKIP  seem to be the only real political party offering something different BUT it has no chance of winning a majority in 2015. It MIGHT be able to act as a king maker, potentially, if the Conservatives do not entirely melt down but this poll suggests that Prime Minister Miliband is a REAL possibility. And that’s frightening!