From the Ottawa Citizen: 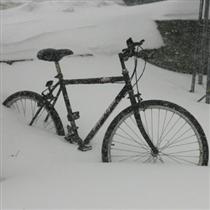 Ottawa residents and  snow removal crews continue to dig out from a record-breaking snowfall.

"You can brag to the grandchildren that you lived through the biggest snowfall ever ever in Ottawa," said Environment Canada meteorologist David Phillips.

In total, 37 cms was reported to have fallen in the weekend storm. That sets a record for the most snow in a single December day since Environment Canada started keeping  records in 1938.

Most snow since 1938 !?!?  Making a mockery of "Global Warming" is like shooting fish in a barrel.  Don’t worry, I’ll stop soon. It’s getting too easy.