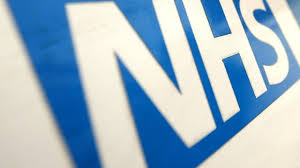 Labour boasts that the NHS is safe in its hands. Most voters trust Labour with the NHS. The question is …. why?

Labour faced its ‘darkest moment’ yesterday over its stewardship of the Health Service as a devastating report laid bare an appalling catalogue of failings at 11 hospitals where ‘thousands’ of patients needlessly died.

Labour had presided, they said, over a culture of ‘cover-up’ where targets were more important than people and ministers’ reputations more important than care. A damning review by the NHS medical director, Sir Bruce Keogh, into 14 hospitals with higher-than-expected death rates found that all had ‘ingredients’ of Mid Staffs, the hospital where up to 1,200 died on filthy wards.

Yesterday the Health Secretary announced 11 have been put into ‘special measures’ after a review by NHS England medical director Sir Bruce Keogh found they were guilty of ‘fundamental breaches of care’.

13,000 Patients are judged to have lost their lives “needlessly” since 2005 in the NHS. That is akin to four  9/11’s. Yet this grotesquerie was celebrated in the London Olympics opening ceremony and is still portrayed by some as a wonder of the world. The real wonder is that it still exists when it is so dangerous to the health of those who enter its portals.

Yet during this time, Labour preened itself over the wonders of Statist healthcare and those like me who have criticised the NHS system are treated as lepers. The reality is, as this report comprehensively proves, is that huge chunks of the NHS constitute a DANGER to patients. It is beyond incompetent as is the Party that postures as a “safe pair of hands” when it comes to the running of it.

One thought on “SAFE IN THEIR HANDS?”