THE WICKEDNESS OF FAIRNESS…

LEFTISTS NOT STUPID OR EVIL?! 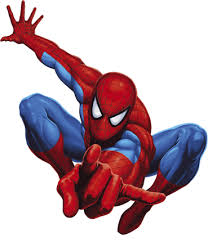 I was supposed to be on BBC London this morning to discuss the story concerning the scandal surrounding former LibDem Chief Executive Lord Rennard. But the running order has changed and so I thought I would say here what I was going to say to BBC London,

On the specifics of  Rennard, the only thing that we can be sure about is that Nick Clegg doesn’t seem to be very sure about his own Party’s former Chief Executive.  When Clegg now admits that he DID know about “general concerns” concerning Rennard but not “specific claims of sexual misconduct” you have to wonder why didn’t he ACT to find out what lay behind those general claims. Where was his leadership on that one? Didn’t he believe they were worth investigating? What were these “general concerns” specifically? Hasn’t he just dug a hole for Danny Alexander?

On a more general level, I think that this latest scandal demonstrates  that Lib Dems in Government are like Spiderman in reverse gear.

Here’s a quick review of just how irresponsible they are.

We had Lib Dem Minister Chris Huhne forced to step down from office and now facing a custodial sentence for perverting the course of justice;

We had Lib Dem Minister David Laws forced to step down over a £40,000 rent expenses scandal concerning his gay lover,

and I’m sure some will recall the fate of wannabe Lib Dem Party leader Mark Oaten, also forced to step aside from politics over ..ahem… VERY unsavoury revelations.

To lose one party member may be unlucky but to lose so many shows that the Lib Dems are entirely unsuited to be in Government!

Can I also add that I don’t think them any worse than the other Parties, they just seem less adept at concealing their lack of probity.