The English city of Sheffield has a proud history.

In the 19th century, Sheffield gained an international reputation for steel production. Known as the Steel City, many innovations were developed locally, including crucible and stainless steel, fuelling an almost tenfold increase in the population in the Industrial Revolution. Sheffield received its municipal charter in 1843, becoming the City of Sheffield in 1893. International competition in iron and steel caused a decline in these industries in the 1970s and 1980s, coinciding with the collapse of coal mining in the area. 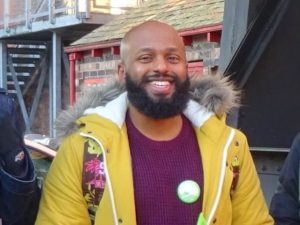 “Sheffield’s new lord mayor Magid Magid, who entered politics to “fight xenophobia”, has declared the British monarchy “outdated” and said he would refuse to toast to the Queen.

“I hope by the fact I am a black, Muslim immigrant – everything the Daily Mail probably hates – people will look and say ‘In Sheffield we’re proud of doing things differently and celebrating our differences’,” he told The Star on Tuesday.

At 28, Magid became the city’s youngest ever lord mayor when he took on the ceremonial role on Wednesday, having moved to Sheffield from Somalia with his family when he was five years old to “look for a better life”.

Sheffield has embraces Magid and his values. What could possibly go wrong with THAT?