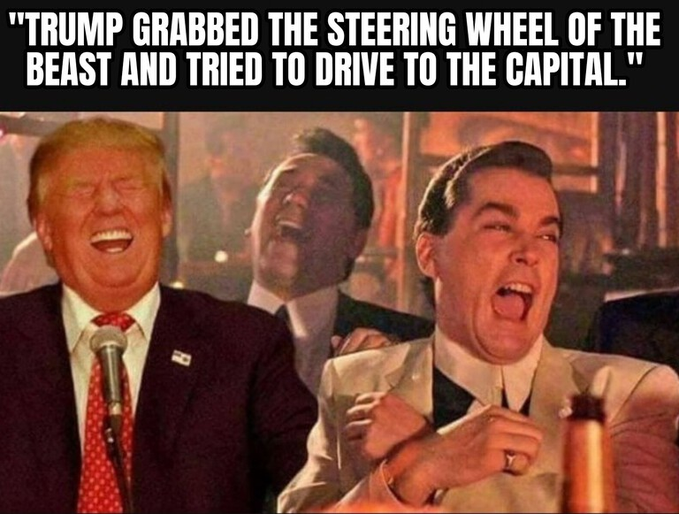 Ahh the poor Ms. Hutchinson… a dupe that will forever be remembered as just another lying RINO. Even worse Lying Staff. Who is going to hire her to work for them ? I’m sure CNN, MSNBC, or the NY Times would in a second, but no one reputable could ever trust her.

I feel no pity for this creature, I would say Woman, but according to our government a Woman is something that no longer exists. So creature or It is now appropriate, but I digress. The J6 Committee is the most dangerous thing to ever be formed by my government in it’s 244 years of existence.

I can’t find anything to even compare it to. Some have made the comparison to the McCarthy Hearings, except they don’t compare. McCarthy’s Hearings were bipartisan, and all those accused were proven to be Guilty after the Venona Papers were revealed.

The closest thing that this resembles in History is the Spanish Inquisition, Adam Schiff is Torquemada. Just as the Spanish Inquisition was to homogenize religious practices of the Catholic Church, this Committee is to homogenize the Political Views of all Americans, and god help you if you don’t comply. Just ask anyone who Trespassed on January 6th and is still being held in Solitary Confinement.

The fact that our Press, and the Press of the World have refused to even discuss the treatment of the prisoners who are being held for trespassing should scare the Hell out of everyone, but it doesn’t. Instead it is just ignored and this Inquisition is given a Prime Time slot on all the Major Networks.

We have several MAJOR problems in the United States, and everyone of them stem from the Government. If they aren’t corrected soon the fall will not be stopped and it will get bloody.