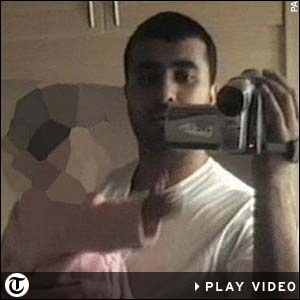 What goes on in the mind of a Jihadist killer? Well, it turns out that one of the 7/7 bombers – Mohammed Sidique Khan – made a video in which he says his tender farewell to his baby daughter. It was made public today. In the video, played to a jury at Kingston Crown Court, Sidique Khan told his daughter:

"Sweetheart, not long to go now and I’m going to really, really miss you a lot. "I’m thinking about it already. Look, I absolutely love you to bits….."

Accompanied by three other Islamic goons, Khan subsequently blew himself to bits on the London tube, killing all those 52 innocent people who were unlucky enough to be close to him when he exploded himself. A further 700 were injured as a result of this act of terrorism.

What sort of EVIL drives this Jihad? Why is there not an outcry from all those "moderate" Muslims we hear so much about at this absolute perversion of faith in God? I feel sorry for the child who he held in his arms but I feel much sorrier for the people who suffered so much at his hands.