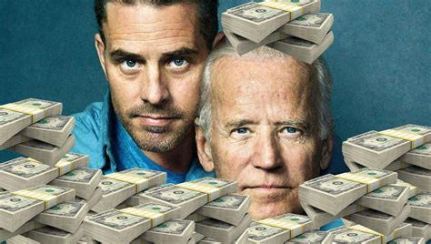 The President’s Son Hunter is being investigated by the State of Delaware’s Attorney General for Tax Fraud and other Criminal Activity, they have been doing so since before the President was “elected”, as have the FBI. The FBI have been in possession of Hunters Laptop going on 3 YEARS now. The only information we have on these cases comes from Whistleblowers and Computer Hackers. The Reason for that is the Department of Justice is BLOCKING PROSECUTION, Blocking any and all information from the Public, and Blocking all information even from members of Congress.

Now in a sane world the Press would be all over this story. Except even though the hounded the Trump Family and President Trump over FALSE tales of Criminal Activity they act like the TRUE CRIMINAL Activity of the Biden Crime Family is Kryptonite and they like Superman run from it like it will kill them.

The following Clip is Senator Grassley on the floor of the Senate detailing the Railroading of both The Senate and The House’s request for information from both the DOJ in Washington, and the AG in Delaware.

The greatest threat to the United States is NOT China, and it certainly isn’t Russia. It is a Department of Justice with two sets of Laws. One set for you and me, and another set for Elected Democrats and their Families. The set of Laws for Democrats seems to consist of, zero prosecutions and even destruction of Evidence.

Here Senator Grassley, please give him a listen.