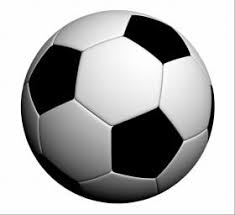 I’m sure you will have read about the violence that has resulted in more than 70 people being killed in a Port Said stadium in the worst outbreak of football violence in Egyptian history. Time will provide us with the precise causes behind this atrocious violence but the fact is that one set of fans engaged with another set of fans with the intent of killing them. How barbaric is that?

This savagery is not restricted to Egypt by any means and here in the UK one often sees pure hatred in the eyes of one group of fans for those who support a rival team. All kinds of atrocious chants are made, racist and homophobic jeering is all too frequent, and intolerance is the name of the game.

Why is FOOTBALL so afflicted with this almost universal hatred? I have attended many other sporting events in many places around the world but Football stands out as the crucible of the damned on the terraces. Is there a problem with the fans? It is called the game of the working class but are a section of them also the violent class? Is there an issue with the standard of behaviour of the players on the field? There can be nothing sadder than a fan dying for his team but this has happened too often, in too many places, to see this as a one-off.

Football has become a bloated money making machine. Sportsmanship seems almost the exception with cheating on the pitch a constant feature. What can be done about this sport which seems to bring out the very worst in human behaviour?

11 thoughts on “THE CRUCIBLE OF THE DAMNED”