Dedication; or just another 9-hour job?

ENVY OF THE WORLD UPDATE…

SIR DAVID NICHOLSON: I WAS ONLY FOLLOWING ORDERS

Wanted, on suspicion of dark deeds…

For goodness sake, keep your elderly relatives away from The Envy of the World. 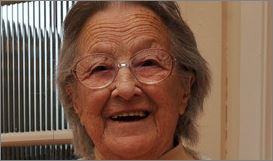 Lydia Spilner went into Leicester Royal Infimary with a chest infection. She was denied water because her water jug was broken and “there were no others available”. It took 10 days to put her on a drip. Because she was denied water she developed an infection. She was occasionally fed, but her daughter’s requests for more food were denied. She was also left lying in her own urine.

Her daughter visited her and found Lydia on the floor. She’d fallen out of bed. No-one had helped her. A month after being admitted, she died of kidney failure arising from dehydraton. The Leicester Royal Slaughterhouse has apologised. Something called the “nurse leadership” on the ward has been changed. Bless.

This happens day after day, all over the country in the NHS. It’s crystal clear that you must not, under any circumstances, allow these communist dumps to treat the weak and the sick. If you have no alternative then never, ever be fobbed off. Spend as much time supervising them as you can, always trust your instincts and get them out if you think anything is wrong.

2 thoughts on “THE ENVY OF THE WORLD STILL KILLING”