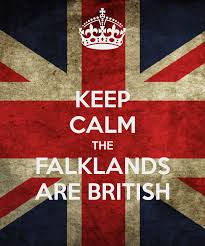 I see the Argentinians are getting more bellicose by the day over the Falklands. I suppose this desperation is understandable given how bankrupt this socialist hellhole has become.

Argentina has begun legal proceedings against three British and two US companies for drilling oil near the Falkland Islands. Daniel Filmus, Argentina’s minister for the islands – called the Malvinas locally – announced the case in London. The companies involved are Falkland Oil and Gas, Premier Oil, Rockhopper, Edison International and Noble Energy.

Mr Filmus told the BBC the companies were “performing illegal acts by entering Argentine territory”. He added: “I want to make it clear for the directors of these companies and for British public opinion that Argentina will use the full force of the law – both national and international law – to prevent these countries from taking the riches which belong to 40 million Argentine citizens.

4 thoughts on “THE FALKLANDS ARE BRITISH AS IS THE OIL!”