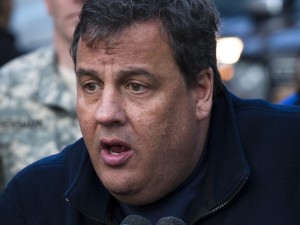 The say he’s going to just eat the competition…… and he just might. If he comes at you wearing a bib RUN!

New Jersey Governor Chris Christie announced he’s running for President today, mind you this man couldn’t run if his life depended on it. He’s still going to give it a go.  I have nothing nice to say about the Governor, he’s a corrupt obnoxious ass. Nowhere except in NJ could he hold office especially as a Republican.

He’s anti-gun, pro-amnesty, he appointed a Radical Islamist as a Judge, and those are just the Tip of Iceberg Christie.  This delusional bag of wind may deliver a few laughs, but he certainly won’t deliver votes.