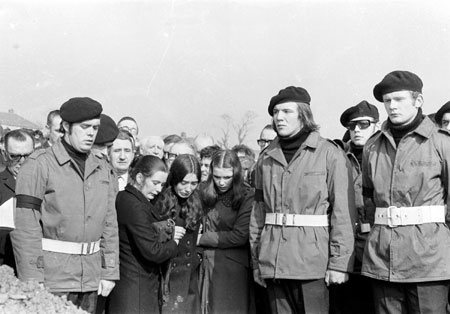 I know that it’s terribly unfashionable here in peace process Northern Ireland to point out that that having Irish republican insurrectionist rabble in government is a VERY bad idea, destined to lead to chaos and abysmal decision-making. Still, those in the DUP and UUP who like pretend otherwise have been rather exposed in their complacency by…erm, the Deputy First Minister himself, IRA godfather Martin McGuinness! (Here’s a nice pic of young McGuinness in full Provo regalia sans mask –  his belt seems a bit of a fashion disaster)

Cheers Martin, I appreciate your confirmation of what I have been saying for a long time, but denied by unionist politicians and the rancid MSM.. Now, can we please dispense with the patent nonsense that having terrorists in government is the sign of a healthy society. They should be in prison, or, in the case of the IRA commander who OK’d the Claudy atrocity, at the end of a a rope. Fair enough? Can we also be clear that the words of th Deputy First Minister make it vividly abundant that the so-called Good Friday Agreement is NOT a final settlement but rather a transition mechanism towards removing Northern Ireland from the Union – as some people around here argue!

13 thoughts on “THE FROG AND THE SCORPION…”