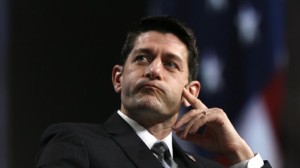 In the past month thousands of illegal immigrant children have poured over the Border. They are being enticed by stories running on Mexican, and Guatemalan news shows that encourage them to seek a life of prosperity in the U.S.

It is causing a crises of epic proportions. It is being encouraged by the Obama administration who have ordered the US Border and Immigration Services to not deport them but transport them and spread them out throughout several States. Eric Holder has ordered 100s of Lawyers to represent the children to keep them in the U.S.

This is a puposeful flooding of our system with Illegal Children to  collapse the system, and push an Amnesty Bill through before the fall election. This would be the perfect opportunity for the GOP to destroy what is left of any credibility the Obama Regime has, but is that what they’ll do? HELL NO.

Paul Ryan, John Bohner, and Eric Cantor have gone on a major offensive against their own party and the wishes of the American People.  It is not racist to demand that immigration be done LEGALLY.  Yet that is what is being charged against anyone that demands an end to the flood of children, and NO to Amnesty for those that have broken into our house.

With all the screw ups in the last year the GOP are on path to win control of the Senate as well as the House. The only thing that could stop that from occurring is Amnesty.

The base is motivated to vote. Conservative voters out number Liberal voters 4-1.  However that margin means nothing if they don’t vote. Ask Romney or McCain when the base stays home Republicans loose. No other issue has the ability to push Republicans to NOT vote than a Republican Leadership making an Amnesty deal.

So that of course is exactly what these inside the Beltway Inbreds are exactly trying to do.

17 thoughts on “The GOP never fails to screw up”