I’ve argued against the printing of money by central Governments since it was first introduced under the euphemistic cloak of convenience that is “quantitative easing”. To my mind, this is vindication for all us cynics and an explanation as to why GOVERNMENT thinks it so useful… 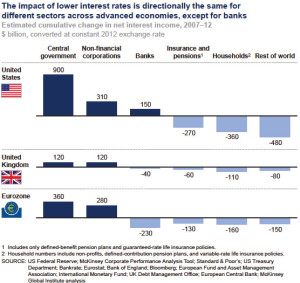 As you can, there is only ONE big winner but lots of losers. It is a wicked policy but one that the State has become hooked on and so have the markets. The very THOUGHT of the withdrawal of the free money will strike at the heart of the false boom …. and they it will go bust. So, just keep on printing and assure the gullible that we all win from it.