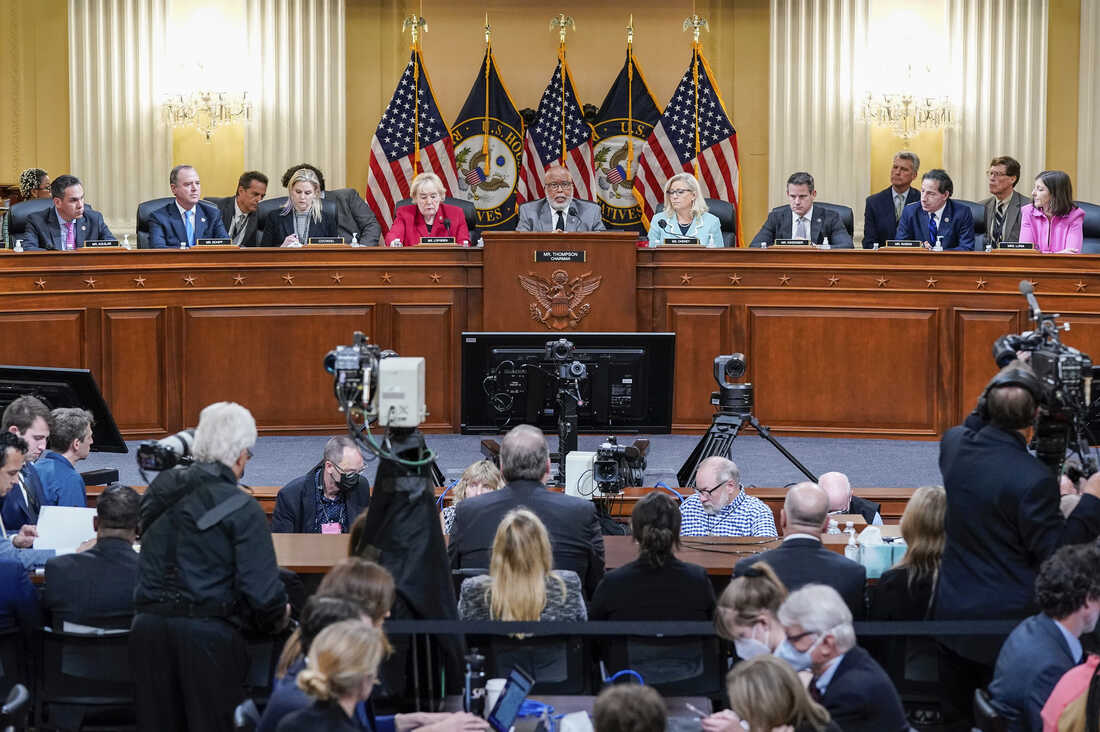 The left’s official narrative of January 6, 2021 is that it was an insurrection, equal to the
“Japanese bombing of Pearl Harbor”, according to Kamala Harris and same as “someone
dropped a bomb on Congress” according to Nancy Pelosi. Yet, the capitol building remains
standing and wasn’t bombed while 5 people died in Washington, DC instead of 2,403 as in Pearl Harbor. But departure from this narrative will have severe consequences: jailtime for the
participants, cancellation for the outspoken, or closure of your social media accounts for
posting countervailing facts of the day. There are three inconvenient truths omitted by the left,
the January 6 th Committee, the Democratic Leadership, and the media:

1 Only Trump Supporters Died on January 6

Only 5 people died in the incident on January 6. Ashli Babbitt, an Air Force veteran, was fatally
shot by a Capitol Police officer as rioters tried to breach the House chamber. Kevin Greeson
died of a heart attack, collapsing on the sidewalk west of the Capitol. Rosanne Boyland
appeared to have been crushed in a stampede of fellow protestors. Benjamin Philips, the
founder of a pro-Trump website called Trumparoo, died of a stroke. Mr. Greeson and Mr.
Philips died of natural causes, according to the Washington medical examiner. All five people
who died January 6 th at the Capitol were Trump supporters, not Capitol police or government
officials.

President Trump was speaking to his supporters at the same time as people began to breach
the Capitol Building, making it impossible for him to have directed their breach. In fact, his
speech ended 41 minutes after the initial Capitol breach. His supporters arrived much later,
after his speech, and entered the Capitol. Nonetheless, Trump clearly told his supporters to
”remain peaceful” in his speech and did not call for any illegal obstruction of the vote count.
This is always edited out of mainstream media replays of his remarks. Specifically, he said “I
know that everyone here will soon be marching over to the Capitol building to peacefully and
patriotically make your votes heard today.” Sadly, over 900 people have been arrested and
charged in this conspiracy on the truth. More than 380 have pled guilty for their alleged roles in
the incident, and many have already been sentenced. These defendants have been accused of
violent, threatening, or conspiratorial behavior that they did not do. And federal courts have
repeatedly equated peaceful protesters with rioters and domestic terrorists, even though it was
a peaceful protest not uncommon in the history of our own democratic process.

3 The Capitol Police Let Protestors into the Capitol

Shortly after January 6th , a video surfaced of protestors calmly walking thru the Capitol Building
on the red carpet between velvet ropes. Capitol police clearly let a mass of demonstrators into
the Capitol building at an entry point, after the crowd breached the perimeter surrounding the
complex. “I disagree with it, but I respect what you’re trying to do,” one officer can be heard in
the video posted on YouTube. Many more rioters were uninvited. They smashed doors,
shattered windows, ravaged offices, and breached legislative chambers, interrupting congressional business, and prompting members to hide or evacuate. These people gave the
day a bad name.

Nonetheless, the fact remains that the story is not as clear as the left has presented. It was not
good versus evil, democracy versus tyranny. There were variables not revealed or discussed by
the left and their media minions, because these are inconvenient to their narrative: but very
convenient for the political persecution of those who disagree with the Biden Regime. Even
better for those who wanted to make Donald Trump look bad.