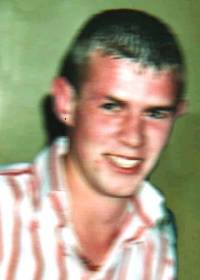 Writing over on the Sunday Tribune, (via Nuzhound) ithe always excellent Suzanne Breen spells out how the IRA operates during "cease-fire"…

"In 1998, Andrew Kearney rowed with the IRA’s North Belfast OC who had mistreated a woman in a bar. In a fist fight, Kearney knocked out the Provo. A fortnight later, eight IRA men burst into his flat as his baby daughter slept on his chest. They smashed the telephone, dragged him to the lift outside, and shot him. He bled to death in his boxer shorts. They jammed the lift with a pole to make getting help difficult. Clutching her baby, his girlfriend had to run down 16 flights of stairs to ring an ambulance. The North Belfast OC wasn’t expelled.."

Bringing it up to date in reference to the murder of Paul Quinn….

It was a brutally methodical beating. From his toes to his groin, they used iron bars. For his upper body, they brought nail-studded cudgels. He had no chance. It was eight against one. His friends could hear the sound of the iron bars cracking against his bones and of Paul Quinn begging for mercy.

At first, his voice was loud and strong. As the beating went on, it grew weaker. Eventually, it faded away. Those who saw him in the coffin said his head was badly swollen, and there were huge gashes on his face. He was just 21-years-old.

An account of Quinn’s killing has been given to the Sunday Tribune by friends and neighbours. Despite Sinn Féin denials, locals insist the Provisional IRA as an organisation – not ex-members nor criminals – was responsible. They say the orders came from the South Armagh OC (officer commanding) and were approved by a long-time local Provisional who sits on the Army Council..

It’s all so sordid, so tatty. The DUP may choose to look the other way and the PSNI and others will seek to minimise the impact of this brutal murder but truth will out.