In a review of newspaper headlines this morning, I note the following:- 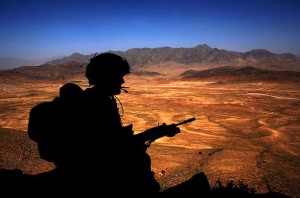 But strangely enough the number 445 does not feature prominently in most news organisations web screens. Is it an important number? Yes, I believe it is, because it tells the story of how a bunch of weaselling, lying politicians failed our Armed Services in the worst possible way, and how they continue to lie, which is why yet one more British soldier’s blood garnishes the sands and soil of an ungrateful Afghanistan.

My father served in the British Army throughout WW2, as did many thousands more. My uncle died in Northern France days after D-Day, and thousands more Allied troops died after him in the weeks and months that followed. But they, the living and the sadly-dead, fought  in a just cause, to defeat the Nazi war machine of Adolf Hitler. As the late King George VI said in his famous speech on the day war was declared, ‘Such a principle, stripped of all disguise, is surely the mere primitive doctrine that might is right ‘, and the politicians, who guided our Nation and our Armed Forces through the storm to fight against the very nature of the Nazi machine, were worthy of that task.

Compare them with the bunch of weasels in charge now, and then determine if we are still well served!

78 thoughts on “The missing headline.”