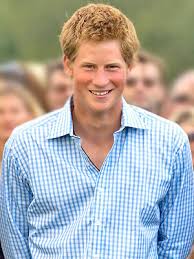 “Prince Harry is to be sent on an equality and diversity training course after being forced to apologise for using what is defined by some as racially offensive language, it has emerged. He was disciplined after a video was made public in which the Prince referred to a fellow officer cadet as “our little Paki friend”. He also likened a comrade to “a raghead” in the film, which was made in 2006 while Harry was a cadet at Sandhurst Military Academy.

Like all recruits Harry was given an initial diversity course lasting a few hours, but commanders have ordered him to brush up his racial awareness. The news comes after the black stand-up comedian, Stephen K. Amos, claimed on a television show that the Prince had told him: “You don’t sound like a black chap.” Amos, a Londoner, said that the Prince made the remark at a comedy event in November to mark the 60th birthday of the Prince of Wales. He said he hoped that Harry had meant it as banter.”

These are the priorities of a politically correct feminised military. Diversity awareness and equality engineering are of NO value to a fighting army  but yet, shockingly, that is what now prevails. Life in an army barracks is not akin to some Islington supper club where multiculti luvies fall over themselves to prove just how right-on they are. Harry is being singled out for undue and unfair public ridicule by a military establishment in thrall to the Islintoin values that dominate the establishment.

6 thoughts on “THE RAGHEAD PRINCE?”