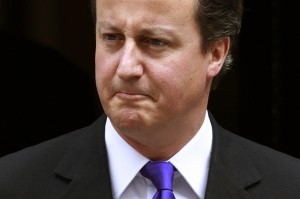 ‘Our Dave’ has sent his Christmas message to the British forces serving in Afghanistan, but I thought you may like to read the version which should have gone out, but didn’t; mainly because any politician runs a mile away from anything resembling the Truth!

“To all British and Allied forces serving in the desert shithole named Afghanistan; this is a Christmas message from your Prime Minister. Speaking purely as a proud European Union citizen, you just cannot know how satisfying it is to be able to make this broadcast, seated in the comfort and security of No. Ten, Downing Street, with all the attendant armed security surrounding me, to you, the serving soldiers, airmen, marines and sailors who are slogging through the silt, dung and rubbish of that unfortunate country, whilst being shot at by a bunch of fanatics who don’t want you in their country because you are the representatives of the Infidel, and thus deserve death.

I know that you understand completely when I state that you are fighting in that country which truly deserves its more informal name of ‘the Arsehole of the World’ to protect us and make us safe on the streets and roads of the British Isles. I also know that you will completely understand that, on your return after this extremely hazardous tour, you will be welcomed home by a grateful nation; and during that extended welcome, a good sixty-five percent of you will receive notices of forced redundancy, as we, being completely honest at all times, feel it necessary to give ten billion pounds to a set of lunatics and dictators, as well as whole countries more prosperous than ourselves; rather than fund and equip a credible fighting force of Army, Navy and Air Force.

Some may feel aggrieved after the recent trial and conviction for murder of a dedicated and courageous serviceman; all I can say about that incident is that he really should have thought about his actions, and made sure there were no cameras. But he didn’t, was caught, and had to take the rap for killing someone who had been trying to kill him less than fifteen minutes previously.

I do recall saying that we would carry on the proud traditions of the Armed Forces under my leadership, and I am indeed happy to state that, once more, as in the Iraq war; we are creeping out of Afghanistan, our tails between our legs, having shed 447 British lives whilst achieving absolutely nothing; so we could state that we were serving a greater good by removing the terrorist Taliban from power, and having fought hard, decided to give the whole shebang back to the Taliban, as they are probably a better bet that the bunch of thieves, warlords and drug barons which are ostensibly running the country now.

My wife Samantha and I just know that you will be proud and pleased to receive this Christmas message, and trust that you will hear it and know that we are always here, just for you.

2 thoughts on “The Real Xmas Message”