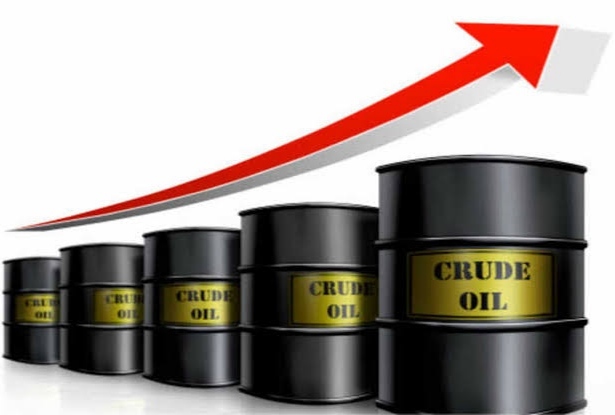 Crude prices have risen sharply in the year 2021 on the back of a recovery in the global demand as the world economy recovers from the deadly China Virus. Supply restrictions maintained by the OPEC+ Grouping, too, have kept international oil prices extremely high. The US is reportedly getting ready to receive a bulk shipment of diesel from energy – rich Russia as Washington strives to cool down the fuel’s retail price, which has recently hit its highest level since 2014 in the US market. This is also the main reason for the drop in the rating of the US President.

As the global economy treads cautiously on nascent recovery from the deadly coronavirus pandemic, rising crude prices are posing a threat to many large economies and the developing world. Crude has gained more than 60% this year as the roll-out of China virus vaccines, developed by big pharma companies, lifted movement curbs, and subsequently, increase in the crude demand.

An energy crisis is gripping major economies with no sign of easing even as major oil producers remain firm on restrained supplies. Prices have risen as more vaccinated populations are brought out of China virus lockdowns, supporting a big revival in economic activity. A new virus has erupted in South Africa, which is creating ripples in the international travel industry. Many nations have banned flights from South Africa and few of its neighbouring countries.

– At the same time, from Asia to Europe, the global commodity prices, including those used as fuel for power generation such as coal and gas, have also surged. In India, some states were experiencing partial electricity blackouts because of coal shortages. This was the result of excessive rainfall in the region, where coal is mined by open hearth method. As weather improved so was the movement. Trains carrying coal were disrupted both in the state of Punjab and Haryana by the disruptive forces during ‘Kisan andolan’, which was funded by foreign money. China’s Government, meanwhile, has ordered miners to ramp up coal production as power prices surge;

– This makes oil an attractive commodity for generating power and keep the economic activity steady, and thus the higher demand is pushing crude market higher;

So, why is oil market on a continuous boil?

Some two million barrels of Russian diesel carried by four tankers are currently heading to the east coast of the US, according to data from energy cargo-tracking agency Vortexa, as quoted by Bloomberg.

The delivery, which is expected to arrive in New York and New Haven, Connecticut, as soon as next week, is reportedly the most substantial in recent years, based on data going back to 2018. Vortexa analysts highlighted that Russian producers have been ramping up production of diesel that is dependent on a feedstock extracted from costly natural gas. Flows from the Russian Baltic port of Primorsk are reportedly expected to reach their highest level since at least 2016.

“Russia is better positioned to supply diesel than other refiners in Europe because of its access to cheap natural gas,” Clay Seigle, a Managing Director for Vortexa in Houston told the agency.

“It’s very rare we’d see volumes this large coming to the East Coast,” the expert added. This may reduce the prices in the retail market of USA.

Retail prices for diesel in the US East Coast have soared to being the costliest in seven years, with distillate inventories in the region down by nearly a third from levels recorded earlier this year. Demand for the fuel is expected to further grow as logistics companies are intensively working to catch up on backlogs that built up due to the coronavirus pandemic.

Other methods are being enforced to cool off the crude prices. Global strategic petroleum reserves (GSPR) refer to crude oil inventories (or stockpiles) held by the government of a particular country, as well as private industry, to safeguard the economy and help maintain national security during an energy crisis. The strategic petroleum reserves in India were set up to ensure that there is oil security in case of global scarcity. India is the third-largest importer of crude oil in the world. This reserve serves as a buffer for the country and is in addition to the storage of crude oil companies in the country. India also has private sector retail distribution. After questioning the US proposal initially India has agreed to release five million barrels of oil or roughly a day’s consumption from the strategic reserves in a coordinated manner with other Asian importers with the aim of checking runaway crude prices.

Though the timing is yet to be worked out, this will be the first time that India will release its reserves for market intervention since it filled up its reserves.

For the US, which reports said has pledged to release 50 million barrels, it will be the second time since the 2011 Libya war: altogether, stockpiles of the world’s top five oil consumers make up 15 days’ supply globally currently pegged at 99 million barrels a day. So any price relief is likely to be temporary unless other nations join the move. All member nations of the International Energy Agency together hold 1.5 billion barrels of stockpile. Beyond the initial shock, oil market sentiment will be more susceptible to the worsening China virus situation across Europe. No wonder India had initially doubted the effectiveness of the move. ‘Strategic oil reserves weren’t ever intended for a situation like this. It is meant for any ‘force majeure’ situation, if there was an earthquake or a global outbreak of major hostilities among the crude oil producing nations.

Admittedly, oil crude prices have slipped below US$ 80 a barrel of crude since the news of the US move to rope in India, China, Japan, and South Korea broke last week. But crude oil is showing resistance at US$ 78 – 79 as news only added to the existing market anxiety over China Virus in Eurozone even as demand is rising from Asian nations as economic activities are picking up, this is unlikely to be bridged by a onetime tapping of stockpiles in the own nations strategic reserves.

India appears to be in the same league as the US as the national leadership in both countries face popular anger and inflationary pressure from the high global crude prices. The Modi government had cut fuel taxes earlier this month ahead of crucial state elections. OPEC nations are not producing enough crude to create a glut in the market.

The Middle East is awaiting the outcome of the crucial Iran talks on its uranium enrichment in Vienna, as further delay in the situation will create an instability in the Middle East and Israel is waiting and if US supports Iran, there are chances that Iran’s facilities may be attacked by them. A nuclear bomb with Iran is a danger to Israel and Saudi Arabia. Israel is lucky that new German foreign minister is a great fan of Israel and will put her weight in favour of Israel. The oil producing nations are creating a reserve of money due to higher oil prices to propagate their own religion and demography of Europe is changing dramatically and whether the US likes it or not, their power and authority to control Middle East is on a decline. Due to winter, import by European nations will rise as exports by Netherlands has declined.

World will have to live with higher oil prices till April, 2022 for sure, when summer comes and furnace oil consumption will reduce to zero.