A MOTHER SHOOTS DOWN AN INTRUDER

REMEMBER WHEN THE TORIES WERE AGAINST THE SURVEILLANCE STATE? 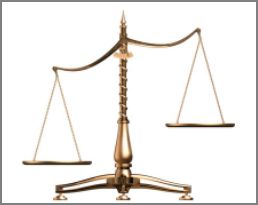 Corrupt and rotten to the core, the ruling class has claimed another victim.

Christopher Tappin, a retired businessman from Kent, was today put in handcuffs and sent to America, where the State threatens him with 35 years in prison. He was never in the US when his alleged crime took place, he simply never visited, so yet another Briton is, in effect, claimed by a foreign government for something allegedly done here, yet he is not accused of a crime here.

He was put in handcuffs and handed over to foreign custody despite no evidence being presented against him in a court in this country. No witnesses have been named, no witness statements submitted, not one shred of evidence has been laid against him, yet he is detained under violence and handed over. The prosecutor only had to name Mr Tappin and that is enough now in post-justice Britain. Even the walking trash bag who agreed to this rotten scheme says it’s a flawed process.

Mr Tappin will, of course, be found guilty of the alleged crime after being denied bond and the prosecutor makes it up as he goes along. So corrupt is the federal legal system, and so costly is any reasonable attempt to defend yourself, that 98 per cent of defendants plead guilty. So 35 years, or do a deal, get 7 years and be repatriated in three? What would you do when a rotten system will bleed you of hundreds of thousands of dollars and make you serve 35 years if (when) you lose?

If there’s any justice in this world the corrupt filth who inflicted this process on us will serve the last few decades of their rotten lives in a prison too.

32 thoughts on “THE SCALES OF INJUSTICE”