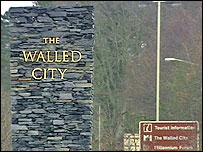 I think this story sums up the indifference, indeed the hostility, that a section of Northern Irish society holds towards the law..

A crowd has attacked police carrying out drugs searches in Londonderry. Two officers sustained minor injuries after petrol bombs, fireworks, stones and bottles were thrown as they searched a house in the Brandywell. Police seized cocaine, ecstasy and cannabis during the searches on Saturday evening.

So the Brandywell contains those prepared to riot to protect their drug dealers? I wonder how endemic drugs are there? One of my issues with loyalist paramilitary scum is that they supply drugs to those areas they infest. I wonder how this works in the Brandywell and elsewhere – who are the dealers, who are the rioters and where is the force of law and order?