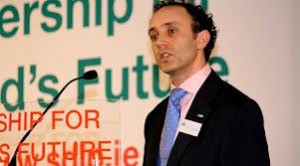 Oh no! We have lost one of our wonderful MLA’s and I feel such a sense of loss.

“The SDLP South Belfast MLA Conall McDevitt has announced that he is to quit politics with immediate effect. Mr McDevitt says he failed to declare more than £6,000 earned from a public relations company shortly after he was appointed as an MLA.

Poor Conall was almost in tears, his voice creaking, as he bravely stepped down over what he defines as this sole incidence of ..erm..forgetfulness over money. Well, that is not quite ALL he declared to tell us – is it?

He has come under significant public pressure after it emerged his wife, Joanne Murphy, a Queen’s University academic, (tick box) had received more than £30,000 over the last two years for work as a researcher assisting his role on the Northern Ireland Policing Board.

Oh my. What rotten luck for Conall. Of course there is an upside to all of this – it may give him more time to follow my tweets. Remember this?

TUV election candidate David Vance has become embroiled in a row over his strongly-worded support for the Israeli blockade of Gaza.  His comments on Twitter have been denounced by SDLP Assemblyman Conall McDevitt. The South Belfast MLA said the “no messing about” remark “can only be taken as incitement to even tougher military action than that which left nine people dead and 35 injured”.

And then there was this…

I am sure a quango awaits McDevitt with a nice juicy salary care of the UK taxpayer. He will be missed by those of us who enjoy comedy in politics. Tramp the dirt down, Conall?

16 thoughts on “THE TROUBLE WITH CONALL..”