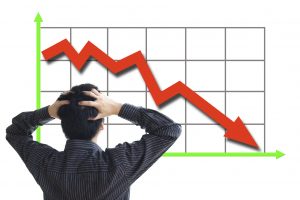 The US stock market is heading straight down, a bad trend made much worse by President Trump’s announcement of major tariffs on aluminum and steel imports.

Trump isn’t consistent on many things, but he is on protectionism. I attended a speech that he gave in the nineties, when he bashed the Japanese, then, wanting the US to protect itself against Japanese imports.

Big tariffs can start trade wars, which ultimately aren’t good for anyone. A few of us said this in 2016.

These tariffs will definitely benefit some Americans in the short term. But they’ll also lead to more inflation. And harm US manufacturers and builders. And anyone that owns any stocks.