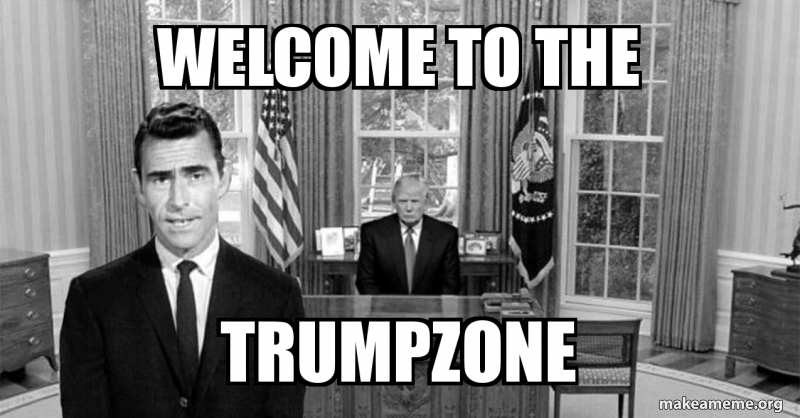 The Zone where Democrats do the crime and they want Trump to do the Time…..

In 2015 Barack Obama, Hillary Clinton, colluded with Russia, Great Britain, and Australia to Frame Donald Trump….. They used Spies from all 3 nations…. The Result…… 3 years of Investigation into Trump colluding with the Russians…….

Now we have Vice President Biden who while he was Vice President Blackmailed the President of Ukraine to Fire a prosecutor that was about to indict Hunter Biden for corruption or he would not give the Ukraine a Billion Dollars of our Aid…. So what does this lead to…..

Welcome to the Trumpzone….. A place where others do the Crime and Trump does the Time…….