An unfortunate subset of the American electorate believes Obama will insert chips in their arms. We can thank bizzarro Ron Paul enthusiasts for this bit of insane nuttery.

Canvassing in Allentown, PA today, I met a young white woman coming out of her apartment, lighting up a cigarette. She was listed on the contact sheet as a supporter, and she said she was going to vote, and when I asked for who she said somewhat doubtfully, probably Obama, or I guess Obama, or something like that. I asked whether she had any doubts, and she said several positive things about Obama — that he came in facing a mess, and had started to turn things around (I wish I could remember the good metaphor she used), that Romney was just for the rich. She seemed neither educated nor politically unaware. Then she pointed to her forearm and said, “what about that chip?”

I had heard this once before. A Hispanic girl of about 13, translating for her mother who remained far from the door, asked us whether Obama was going to put a chip in everyone’s arm through which we could be controlled. I asked one of the district coordinators about this, and she said they had heard the tale occasionally, and thought one of the churches was spreading the rumor (she may have said a Seventh Day Adventist church, or that may be my memory embellishing).

Pundits and politicians alike weighed in on the important Hispanic vote, which Romney is losing by a landslide. Living in a minority/majority state which will eventually be in democrat play before turning a solid shade of dark blue within the next twenty years, I found their opinions refreshingly honest. I also find it darkly ironic that the GOP’s business friendly policies created this vexing conundrum. Business loves illegal cheap labor, adult children of illegal cheap labor don’t love the republican party.

If Romney loses, it will also be hard for Republicans to escape the fact that their inability to win Hispanics represents a mortal threat to their political future. The GOP put virtually every major Republican Hispanic office-holder on stage at this year’s convention, but it didn’t matter. And even if they put Rubio on the ticket in 2016, it still won’t matter all that much, so long as Hispanics feel the GOP’s policies are anti–Hispanic immigrant.

“If I hear anybody say it was because Romney wasn’t conservative enough I’m going to go nuts,” said Graham. “We’re not losing 95 percent of African-Americans and two-thirds of Hispanics and voters under 30 because we’re not being hard-ass enough.”

Of the party’s reliance on a shrinking pool of white men, one former top George W. Bush official said: “We’re in a demographic boa constrictor and it gets tighter every single election.

As many of you know, I was Ron Paul supporter this year. Having lost that futile battle sometime around January first, I resigned myself to abstaining in the general election considering the remaining field of bizarre religious freaks, abysmal social misfits and prevaricating sociopaths that made up the conservative ticket.

Surprisingly, Obama seemed the most the sensible choice for executive office if republicans had managed hold the house and gain the senate.

Unfortunately, the tea party platter of weird evangelical nuts and severe anti-government dolts killed my practical senate plan. The democrats will easily gain senate seats this year and many of the 2010 tea party house gains will be lost due to the simple fact that most people don’t like extremist politicians of any stripe.

The republican party needs a major overhaul, one that kicks christian theocrats to the curb while marginalizing the Roves, Kochs and Wall Street kingpins to dark alley ways.

Romney’s campaign neither exhibits or extolls any of these key qualities. I’d rather deal with an honest man who I fundamentally disagree with rather than a lying mother fucker like Mitt. 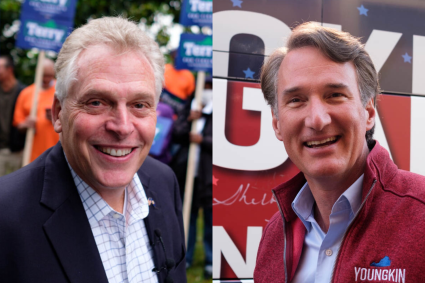 24 thoughts on “The Weirdness Of America”