Cenk Uygur neatly rounds up the significance of Rand Paul’s filibuster against the imperial presidency. Along the way he notices that some Dems, liberals and progressives, people who’d have gone up like their hair’s on fire if a certain ex-president had behaved like Obama, have suddenly gone AWOL.

GOP drones shouldn’t get off lightly either. They stood mute while a certain ex-president committed constitutional atrocity after constitional atrocity. Yet it’s only with a Dem in the White House that they’ve discovered a concern for such outrages. Whose shoulders do they think Obama stands on? Power-worshipping hypocrites, every last one of them. 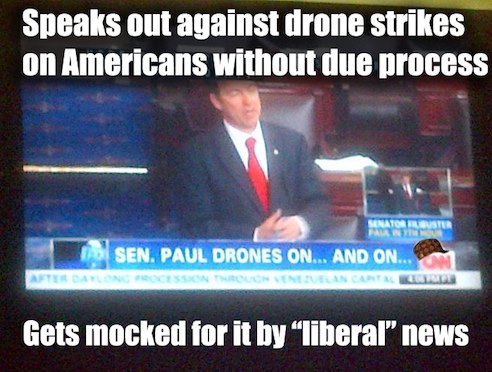