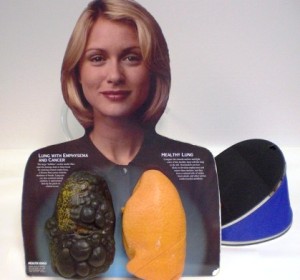 I took my wife to the local NHS hospital for an ultrasound scan of her tummy region, which helped prove that the cyst detected by an earlier Cat-Scan was benign. Apart from the never-ending struggle to get parked close enough to the main entrance to achieve a smooth journey with a wheelchair, there were no problems for either my wife, or myself. No problems, that is, from the vituperation and verbal abuse aimed at my head by a group of four women standing some three yards away from the entrance doorways.

Due to the aforementioned parking problem, I had to leave my car on ‘double-yellows’ some 200 yards away after leaving my wife inside the hospital foyer, and was walking back to join her. Immediately above this group of women was a huge sign stating that the whole hospital was ‘Smoke-Free’, and all smoking was therefore banned. My lips must have twitched involuntarily as I passed these four people, all of whom were gripping a cigarette between their lips or fingers; none of whom I have ever seen before, but that small sign of my distaste for the practice was sufficient to unleash a storm of obscenities from all four, interspersed with the regular number of coughs and splutters which accompany such habits.

Now I will freely confess to have smoked in the dim and distant past, but thankfully have kicked this filthy, dangerous and disgusting habit, and hopefully have also leached out all the poisons which have inhabited my lungs; but also am Libertarian enough to accept that if some idiot wishes to consign him- or her -self to an early and painfilled death, that is indeed their prerogative. But the idea of standing outside a place which sees more than its share of the results of smoking, in the lung cancers and other diseases of the cardio-vascular system brought on by the combinations of the tarry poisons carried by that same addiction; standing directly underneath a warning against smoking which literally could not be missed: the only conclusion I could reach for their behaviour was that they simply could not read!

32 thoughts on “There’s Us; and then there’s Them”