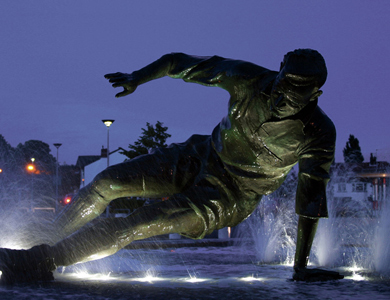 Reading and hearing  of the death of Sir Tom Finney this morning, I was reminded, once more, of our shaky grip upon this existence that we cling to. As most ATW readers will be aware, Sport holds very little sway upon my mind and thoughts, as I consider most of the proponents of modern sports, and just about all the so-called ‘stars’ and ‘slebs’ to be a pack of self-promoting, addle-pated, selfish prima-donnas, whose ability in their chosen sport has been parlayed into a huge money-making machine.

Role models? Heroes? When the likes of Ryan Giggs, a footballer whose ‘clean-living’ image was parlayed into a huge array of sponsorships was found, after the removal of not one but several ‘super-injunctions’ was found to be leading such an amoral lifestyle as to have sex with his brother’s wife over an eight year period is portrayed as a role-model; no wonder men of my generation shake their heads in silent sorrow. 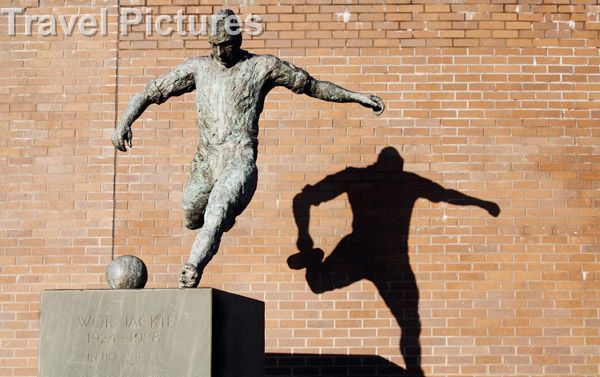 When still quite young, my brother’s heroes were the likes of Jackie Milburn, whose statue bears the statement, “A Footballer, and a Gentleman” and such an accolade was deserved. There are very few public figures whose funerals have stopped a City, but Jackie’s did, for it was the biggest display of public emotion ever displayed within Geordieland’s capital city, and deservedly so. But men, who could be addressed as men, such as Milburn, Matthews and Sir Tom Finney, took their work seriously, and their fame lightly, and perhaps that is the real difference between the heroes of my generation, and the slack-jawed clowns who pirouette on Premier and Championship grounds up and down this land. They who, if scoring a goal, which is after all what they are paid to do, go running and sliding around, waving their arms and literally stating ‘Look at me, how clever am I? How wonderful it is that I have scored. Aren’t I a genius?’

The shades of Finney and Matthews would surely be slowly shaking their heads in disbelief! Those two men, who after scoring, would trot back up towards the centre-line, perhaps nodding at a fellow player who had aided their goal, are giants compared to the pygmies who inhabit the cluttered spaces between the goalposts today, and the world is just that bit sadder for the passing of another of those legends who have simply, gone before!