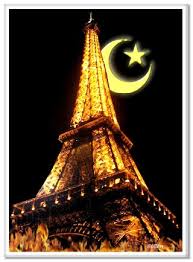 Zut alors but this smacks of desperation.

France is to step up police and military patrols in areas frequented by the public following recent attacks, Prime Minister Manuel Valls has said. He said up to 300 soldiers would be deployed around the country to boost security over the Christmas period.

The attacks, seemingly unrelated, in Nantes, Dijon and Tours have left more than 20 people injured. One person injured in Monday’s attack on a Christmas market in Nantes has been declared clinically dead. Nine others were injured in the incident, where a man drove a van towards a stall in the market before repeatedly stabbing himself. In Dijon on Sunday, a driver shouting “God is great” in Arabic ploughed into pedestrians, injuring 13 people. On Saturday, a man using the same phrase was shot dead by police after attacking them.

The French authorities are spinning these attacks as being the product of “lone wolfs” – and are desperate to distance them from Islam. The fact the terrorists SHOUT “Allahu Akhbar” is a kinda clue as to what motivates theses savages. I might also remind the French that it was only last month that IS urged their followers to strike whenever they get the chance! What we are witnessing is the enemy within coming out.

5 thoughts on “TOO LITTLE TOO LATE….”