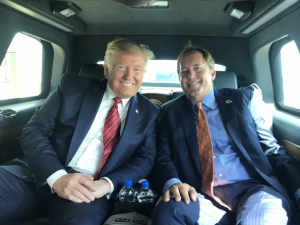 Trump lost the election fair and square well over a month ago. By significant margins.

Since November 3, we’ve seen a torrent of bad faith lawsuits brought in state and federal courts. All have been tossed out by sometimes annoyed judges, serious people who don’t want their time wasted.

Trump and his flunkies such as Senator Graham have sought to have swing state governors try to override their state’s vote by means of legislative legerdemain. The governors have said no. Apparently, even Trump supporting governors don’t want to go down in history as betrayers and plotters.

Meet Ken Paxton, Attorney General of Texas. He’s an alleged inside trader, indicted and awaiting trial, under FBI investigation for subsequent crimes. ( which didn’t prevent his re-election in Texas )

Paxton has initiated a US Supreme Court lawsuit against the states of Georgia, Michigan, Pennsylvania, and Wisconsin, seeking to throw out the votes from those states, handing the election to honest Donald Trump?

The chance of this suit being successful is less than the chance of Colm becoming the next emperor of Japan, but it might get Mr Paxton a presidential pardon before Trump leaves office.

What a complete waste of time all of this is.

51 thoughts on “Trump’s Last Ditch Attack on the Voters”