The birth of a ‘Nation’?

Oh to live in this ‘age of austerity’

‘goes around, comes around’

Anything You Can Do …

ATW Public Service Announcement – Keep It To Yourself 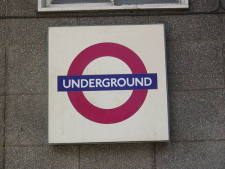 I’m sure those ATW readers who use the London Tube for travelling around the city are only too aware of the strike that is currently causing such inconvenience to workers and tourists alike in our capital city.

The hard left RMC Trade Union is putting the squeeze on Transport for London and seeking employment guarantees from the official receiver which are just pie in the sky. Glad to see that Gordon Brown has branded the strike "wholly unjustified". He said: "It is causing an enormous amount of trouble to the people of London and disruption to the business of this city. They should get back to work as quickly as possible." Shadow transport secretary Theresa Villiers accused the RMT of holding London to ransom. "They are just trying to throw their weight around and London commuters are the people who will suffer. These strikes will cost London businesses a huge amount in lost staff time, as well as causing an enormous amount of hassle for people just trying to get to work."

Both of them are right but the truth is that Trade Unions are becoming more and more militant again and despite the necessary modernisations which Margaret Thatcher brought about, I believe that since 1997, under Labour, the Unions have slowly but surely been getting the upper hand again, and since they also bank-roll Labour, is that a surprise? We all want civilised and decent working conditions for all but holding the entire commuting and tourist population in London to ransom is just not the way to do it!