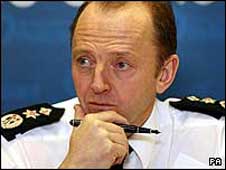 PSNI Ubercop Sir Hugh Orde has caused a bit of a sensation by stating his view that elected Policing Board members were more interested in political debate than policing issues. I wonder might that be connected with the fact that they are, erm, politicians? Sir Hugh has subsequently made it clear that he did not mean any harm by this remark.

Advocates of the Good Friday Agreement will of course recall that it was Tory grandee Chris Patten (and his wonderful totally independent, of reality, commission) who declared that he would be taking politics out of policing by..erm..putting politicians onto the Policing Board.

Thank goodness for the Good Friday Agreement, it’s all so logical!