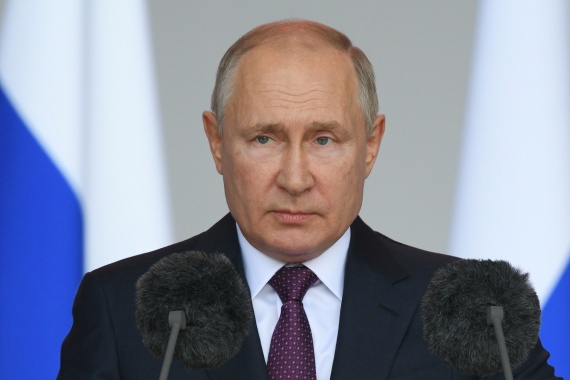 I really thought I would never see the day when I would totally agree with Vladimir Putin, but that day finally arrived when I read Putin’s condemnation of Western ideas regarding Transgender policies.

Vladimir Putin has claimed it is ‘monstrous’ that Western children are taught that they can change their gender.

The Russian President, speaking in Sochi, said it is ‘close to a crime against humanity’ for young boys and girls to learn about becoming transgender.

The Kremlin leader said: ‘It is terrible when children in the West are taught the idea that a boy can become a girl.’

He said: ‘(It is a) simply monstrous moment when children are pushed to believe from early on that a boy can easily become a girl, and vice versa.

‘They are pushed to believe they have a choice, imposed while parents are swept aside.

‘And a child is forced to make a decision that can break their life.’

I disagree with the Russian Federation regarding their treatment of homosexuals, because the gay community should have a right to live as they wish, but Putin is talking about kids, about children; whose minds cannot be said to be fully formed and are therefore easily swayed that their Gender is a matter of choice. When the best medical and scientific minds state, categorically, that Sex is defined in the womb; either male or female, and no amount of propaganda can alter that statement.

The Lefty, Liberal idea is for kids as young as seven or eight to have the capacity to choose their gender; that a boy can dress as a girl because he feels as a girl, he feels feminine: or vice versa. That is bad enough, but when puberty-blocking drugs are prescribed for youngsters, when life-altering decisions are pushed upon youngsters who cannot think for themselves: well, in my view, Vlad is dead right, and these abominable decisions regarding Western children, based upon some lefty-liberal idea dredged from fantasy land, must be stopped, by Law.