Then throw away your iPhone…. 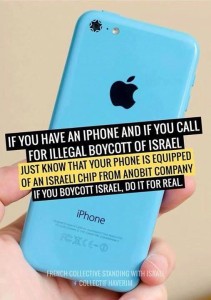 60 thoughts on “WANT TO BOYCOTT ISRAEL?”