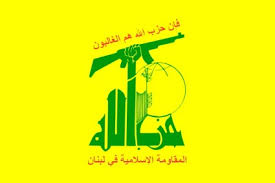 You will recall how the “International Community” demanded and then brokered a deal between Israel and Hezbollah on the promise that the United Nations would stop any further Hezbollah aggression. Yes? Well, it’s not working out too well.

Three years after Israel fought a bloody war in Lebanon against Hezbollah, there are growing fears that hostilities could erupt again this time with the militant group better armed than ever. According to Israeli, United Nations and Hezbollah officials, the Shia Muslim militia is today stronger than it was in 2006 when it took on the might of the Israeli army in a war that cost the lives of 1,191 Lebanese and 43 Israeli civilians. Hezbollah has stockpiled up to 40,000 rockets and is training its forces to use ground-to-ground missiles capable of hitting Tel Aviv and anti-aircraft missiles that could challenge Israel’s dominance of the skies over Lebanon.

Mmm…looks like the UN has performed as expected. Israel should NOT have backed off until it had wiped Hezbollah right off the map. Nasrallah was allowed to live and fight another day – and he will. Come the assault on Iran, Hezbollah will pose a major military threat and Israel has only itself to blame for listening to the empty words of the UN.

2 thoughts on “WE ARE ALL HEZBOLLAH?”