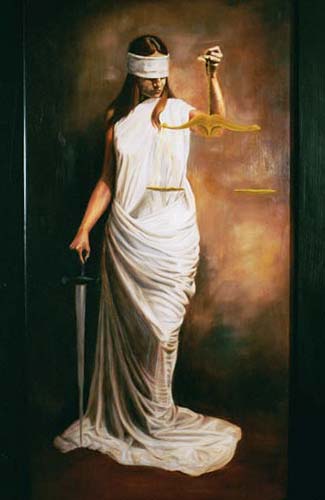 Over the last 20 years we have seen a complete collapse of the equal application of the Law. There have always been instances where money and power saved someone from being prosecuted, except it was the exception not the Rule.

Now as it stands in the U.S. there is no equality under the Law on multiple fronts. The most obvious example is any Democrat run major city, which are all in such a disarray it would take a year of posts just detail all the failure. This post however is on the corruption and loss of our Federal System of Justice.

Nor is this an analysis of the Clinton/Trump Russiagate Conspiracy, but that is the most blatant and obvious example of the collapse of the Federal Justice System, and will be the tool I use to make my points.

The Democrat Party has weaponized every Federal Agency against their Political opponent’s. They have been caught doing this on multiple occasions, Lois Lerner using the IRS against the Tea Party is also an example. She did it, she was caught, and she walked away with No Charges, no criminal investigation and we are paying her over $100,000 Pension.

That was Childs play as to what came next. Directed by Hillary Clinton using the Entire Democrat Establishment, The DNC, Elected Democrats, and their contacts in the Press they embarked on a conspiracy to Falsely Accuse Donald Trump of “Colluding” with the Russians to steal the Election.

They used a Dossier fabricated by a former British Spy and fake electronic communications created by a Tech Contractor of the Federal Government to create a trail of False Evidence which they then fed to the Obama Dept of Justice. This fraud was pushed by the Head’s of the FBI and CIA to a willing Press that long ago lost it ethics who refused to do any investigation of their own on the information’s validity.

All of that has been exposed, the Steele Dossier has been proven not only that it was a fake, but that those running the various investigations that it had sparked knew all along that the “Fact’s” were all fake. The Special Prosecutor and all the Democrat attorneys that worked on the investigation knew it was false. Yet we had 2yrs of a Special Prosecutor, and 3 Impeachment attempts all based on a Clinton Lie and done so knowingly.

This has all been proven. Under the orders of Obama’s Justice Department to ensure Hillary’s Election the DOJ/FBI/CIA and FISA were all used against American Citizen because he had the nerve to run for President against Hillary Clinton.

If that was the only violations it would be bad enough, but the Justice Department and the Nancy Pelosi controlled House of Representatives are still continuing to use the Federal Law Agencies to persecute their Political Enemies.

Nancy Pelosi has even created her own personal NATIONAL Police Force. She has taken the Capital Police who answer ONLY to her and given them a $2 Billion Budget and has already opened satellite offices in Florida and California.

The Capitol Police are Park Guards whose job and Authority only extend to Federal Grounds in Washington DC. They have no authority anywhere else, they have very little to no training in actual Police Procedure, Techniques, or Law. Most are hired through Political favor not any Law Enforcement Background. Yet she has given them full access to the NSA/CIA Surveillance apparatus which they have already been caught using illegally to spy on Elected Republican Officials, and anyone who visits them in DC in total violation of the Law.

Not one of the people who have been caught violating the Law have been prosecuted. Not even those that violated FISA Laws. That should scare every American. FISA is a special court designed for one reason, to catch TERRORISTS. It bypasses the Civil Rights Protections that every American posses, but to do so you must present a case of EVIDENCE to the court that justifies violating a persons Civil Rights, and the Head of the FBI must swear before this court that the evidence they provide is not just true but has been verified by the Agency.

All 4 of the FISA Warrants issued against the Trump Campaign personnel were based on the Steele Document and the fake computer traffic. Every FBI Director that signed those warrants should be in jail, but none of them have even been charged.

Politicians of both sides break the Law everyday with no fear of Prosecution while they use the DOJ/FBI/NSA/CIA/IRS/EPA/BLM etc against anyone they disagree with. If this issue is not addressed and soon the Republic will collapse into anarchy.

Of the People, by the People, for the People. A Nation of Law, not of Man…. that is who we are supposed be. Not a land of Peasants ruled over by a Political Elite.

8 thoughts on “What ever happened to a Nation of Law?”