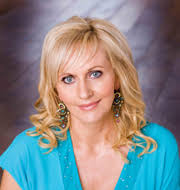 This is what happens when SOMEONE in the Media finally asks some tough questions of IRA Godfather Martin McGuinness;

“TV Presenter Miriam O’Callaghan was said to have been left “badly shaken” by an angry confrontation between herself and Martin McGuinness following Wednesday’s presidential debate. Eye-witnesses described to the Irish Independent how, following the debate, an entourage from Sinn Fein hung around the room allocated for guests in RTE.

The group were said to be irate about the questions put to Mr McGuinness during the debate, which had included the mother of eight asking the Derryman how could he claim to be a man of religion and yet be “involved in the murder of so many people”.

When Mr McGuinness arrived out of the studio, he asked to speak directly to O’Callaghan.  Sources said he took her aside into an adjoining dressing room off the Green Room. O’Callaghan was asked if she wanted a colleague to accompany her but she declined.Inside, he expressed his displeasure about questions posed to him during the debate. Witnesses said voices were raised during the course of the five-minute discussion. Mr McGuinness then departed with the Sinn Fein spindoctors. Last night it was confirmed to the Irish Independent that O’Callaghan had been “badly shaken” by the encounter with the Sinn Fein leader who had accused her of asking “disgraceful questions” during the debate.

I like Miriam, an excellent broadcaster. Whilst she may have been left shaken, she was at least ALIVE. Not all those who encounter the IRA got that result. The bully boy tactic is all too obvious and yet amazingly, this is the man who is co First Minister of the Northern Ireland assembly and aspirational Irish President. Both countries deserve so much better.

29 thoughts on “WHEN MARTIN MET MIRIAM….”