One of the first acts of the Obama Administration was to toss the Bust of Winston Churchill out of the Oval Office and send it back to Britain. Another accomplishment that his administration has accomplished was to leak intel for political gain that exposed British Undercover Agents in the war on terror.

The Obama Administration’s record on 90% of our military objectives has been a huge disaster. It has cost us 80% minimum of what we were supposed to gain from the cost of our blood in Iraq. He has tied the hands of our soldiers in Afghanistan, forbidding our troops to operate at night, when 99.9% of American Military Ground Operations are designed to be executed at night. Our troops are not even allowed to return fire at the enemy in the daylight without clearing it through the chain of command.

More American and Coalition forces have died in Afghanistan in the 3 1/2 years of Obama’s engagement rules than in the entire 7 years under Bush.

The only thing the Obama Regime has gotten right in the war zone is the use of our robotic toys. The American Drone campaign has been and continues to be an unprecedented success.

So with all do respect to our one of only two true Allies in the world, I say first I love you, and I respect you. 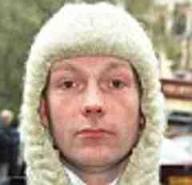 The US must open itself to an independent investigation into its use of drone strikes or the United Nations will be forced to step in, Ben Emmerson QC said yesterday.
Mr Emmerson, a leading London barrister and UN Special Rapporteur on Human Rights and Counter-Terrorism, said America is facing mounting global pressure over its use of UAVs and he is preparing a report for the next session of the Human Rights Council in March. The issue, he insists, will “remain at the top of the UN political agenda until some consensus and transparency has been achieved”.

American UAV strikes, most notably in Pakistan and Yemen, have shot up since Barrack Obama came to power. Estimates state that while there were 52 such strikes during George W Bush’s time, this number has risen to 282 over the past three and a half years, with officials justifying it has international “self defence” against a stateless enemy.

Mr Emmerson said it was time for the US to open itself up to scrutiny as to the legality of such attacks. While it remains nigh on impossible for observers to establish the truth on the ground in many of areas, each strike is visually recorded and videos could be passed to independent assessors, he explained.

“We can’t make a decision on whether it is lawful or unlawful if we do not have the data. The recommendation I have made is that users of targeted killing technology should be required to subject themselves, in the case of each and every death, to impartial investigation. If they do not establish a mechanism to do so, it will be my recommendation that the UN should put the mechanisms in place through the Human Rights Council, the General Assembly and the Office of the High Commissioner”, he said.

He continued: “The Obama administration continues formally to adopt the position that it will neither confirm nor deny the existence of the drone program, whilst allowing senior officials to give public justifications of its supposed legality in personal lectures and interviews. In reality the administration is holding its finger in the dam of public accountability. There are now a large number of law suits, in different parts of the world, including in the UK, Pakistan and in the US itself, through which pressure for investigation and accountability is building.”

The Obama Administration will be gone in less than 6 months. The War with Islamic Terrorists has only just begun. Your Nation has Disarmed itself. The Drones you fly over the battlefield carry no armaments. You no longer have a Navy, You no longer have an Air Force. The Soldiers that serve in your Military are some of the best in the world, but they are too few in number.

If you have chosen that you can no longer stand with the U.S, then GO HOME. If you choose to stand with those aligned against us, make the choice openly, put to your people that this is the direction you choose, and understand the consequences of your choices.

I write this knowing two things, one a lot of the people that read this will gladly make that choice. I also know this site is viewed by members of the British Parliament. Keep in mind the Ties that bind.

59 thoughts on “Where we have been led to, or you can all go to hell.”