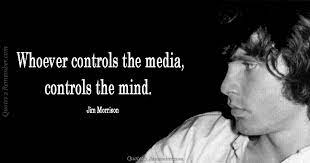 s I sit down to feverishly type out this new article for AltNewsMedia, do you know how many people across the globe have died from the OMICRON variant? I’ll tell you. None! ZERO!! Statistically that means you’re more likely to die attending a party in Michael Barrymore’s back garden than you are from a mutation that, until three weeks ago, nobody had ever heard of. I’m not going to go into depths about what I think of the government’s latest attempt to reinforce a two-tier society in the name of an intervention that will, at best, make no difference to the potency – or otherwise – of OMICRON. My primary purpose here is to analyse the mainstream media’s role in the whole affair. A media class that can call out the Prime Minister on alleged duplicity following revelations of a ‘Christmas Party’ a year ago, but cannot call him out on a specific and irrefutable break of trust with the public when he said vaccines would put us on an ‘irreversible path to freedom’. Fifty two weeks and two (three in my case) jabs on, we’re scarcely nearer to the freedoms we had before March 2020 than we were at this point last Christmas.

I don’t hate Boris Johnson. I voted for him, after all. What I despise is his spinelessness in the face of a hysterical onslaught carried out in tandem between an assemblage of scientists, always determined to catastrophise every new mutation of COVID that comes along; and a media class who know they can manipulate Johnson over this specific issue in a way that could prove detrimental to his prospects of winning the next General Election or even surviving as our head of government in the interim. If the current barrage of invective from the usual suspects was related to the concept of not practicing what one preaches, why was there virtually no coverage of Keir Starmer’s sojourn to Hartlepool in the days before the crucial by-election there in May? Lockdown measures were in place then, too! I’ve checked extensively through the web pages of every major broadcaster and journal available, and the only mention they have of this is an article in The Sun. It hasn’t been revisited since ‘Partygate’ caused a storm. Why not? Surely broadcast media, with an ostensible dedication to impartiality, should call both men out on their hypocrisy, or neither of them. After all, the Labour Party has both supported every curtailment of our freedoms through the pandemic, as well as constantly calling for even tighter restrictions! Why the double-standard? Could it be because one of these men delivered Brexit, whilst the other one has a long-term objective of taking us back closer to the EU project?

You may think I’m being somewhat paranoid here. ‘Brexit is done and dusted’, declared an ebullient Nigel Farage on GB News a few days ago. I’m not so sure. My contention is that much of the media want this government to fall and to be replaced by a Labour administration far more sympathetic to European Union alignment – maybe even rejoining many of its structures over a generation, because they’ve barely reconciled themselves to the mass exercise in democracy we carried out some five-and-a-half years ago. Tragically, having had COVID to the point of requiring critical intervention in St Thomas’ Hospital, Boris Johnson now seems like a cat in the headlights where restrictions are concerned. The media/scientists agitate for more, he duly obliges. It’s nothing more than a direct attack on our civil liberties deriving from bureaucratic overreach. When the economic and social fallout from COVID reaches its peak (as it surely will), the media will be the first ones to castigate Johnson over his ‘lockdown failings’. Even though they were instrumental in wanting many of them in the first place. ‘Partygate’ is just the start. It’s not journalism, it’s political activism in journalistic clothing!

Our broadcast media is overwhelmingly dominated by sirens of the Left. If it wasn’t, there wouldn’t be an ever-growing market for outlets whose aim is to counterbalance the so-called ‘metropolitan elite’ consensus. What’s more, as Dominic Lawson opines, the Left love lockdowns: (https://www.dailymail.co.uk/debate/article-10252779/DOMINIC-LAWSON-Left-love-lockdowns.html). They have the dual effect of enacting the principle of State control over individual liberty – a cornerstone of Leftist political theory, and they keep a fearful population more receptive to the cyclical ongoing media hysteria over COVID as they consequently spend more time in front of their TV sets. A win-win for all those Robert Pestons, Beth Rigbys, Andrew Marrs and Lewis Goodalls out there. What we need is Prime Minister with some backbone. A man who prioritises a return to normality over the insanity we’ve witnessed for so many months. If Boris Johnson proves incapable of that task, the Conservative Party needs to replace him with someone who is. Because the mainstream media simply isn’t interested in pushing a narrative where we can return to normal. It pretends to act as a custodian of moral virtue and our best interests while simultaneously beating the drum of more restrictions. It was the late, great Jim Morrison (of The Doors fame) who gave us the quote that forms the title of my latest submission. Whether it is children frightened to death because they think the world will end within a decade due to climate change, or else fully vaccinated healthy young individuals walking the streets with their respiratory orifices cloaked in germ-ridden masks because of worries about COVID, it doesn’t take a genius to appreciate Jim Morrison had a hell of a good point!!