LONDON PULLS IT OFF

Quote of the Century!

Not happy about this.

Nicola Adams from Britain has just bagged the first female Olympic Gold medal in boxing, an achievement described as “historic” by the BBC. Close behind was Katie Taylor from Ireland who won Gold in her weight category. At around the same time, Jade Jones from Wales was defeating the top seed to win a place in the taekwondo final, by way of kicking her in the head alot.

Congratulations to them all, but they shouldn’t be there. Women are made for loving, pupping and nurturing, not fighting. 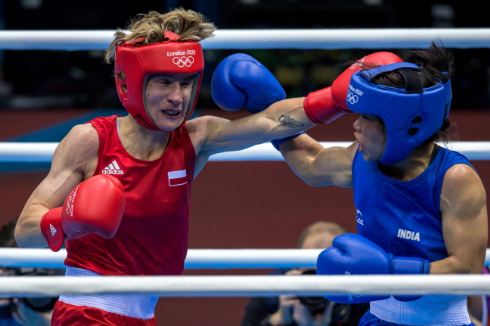 Yeah, I know, how dreadfully sexist and all that. Well if it’s sexist to regard the sight of young women battering each other as distasteful and nothing to cheer, that’ll be me.

48 thoughts on “WOMEN SHOULDN’T BE FIGHTING”