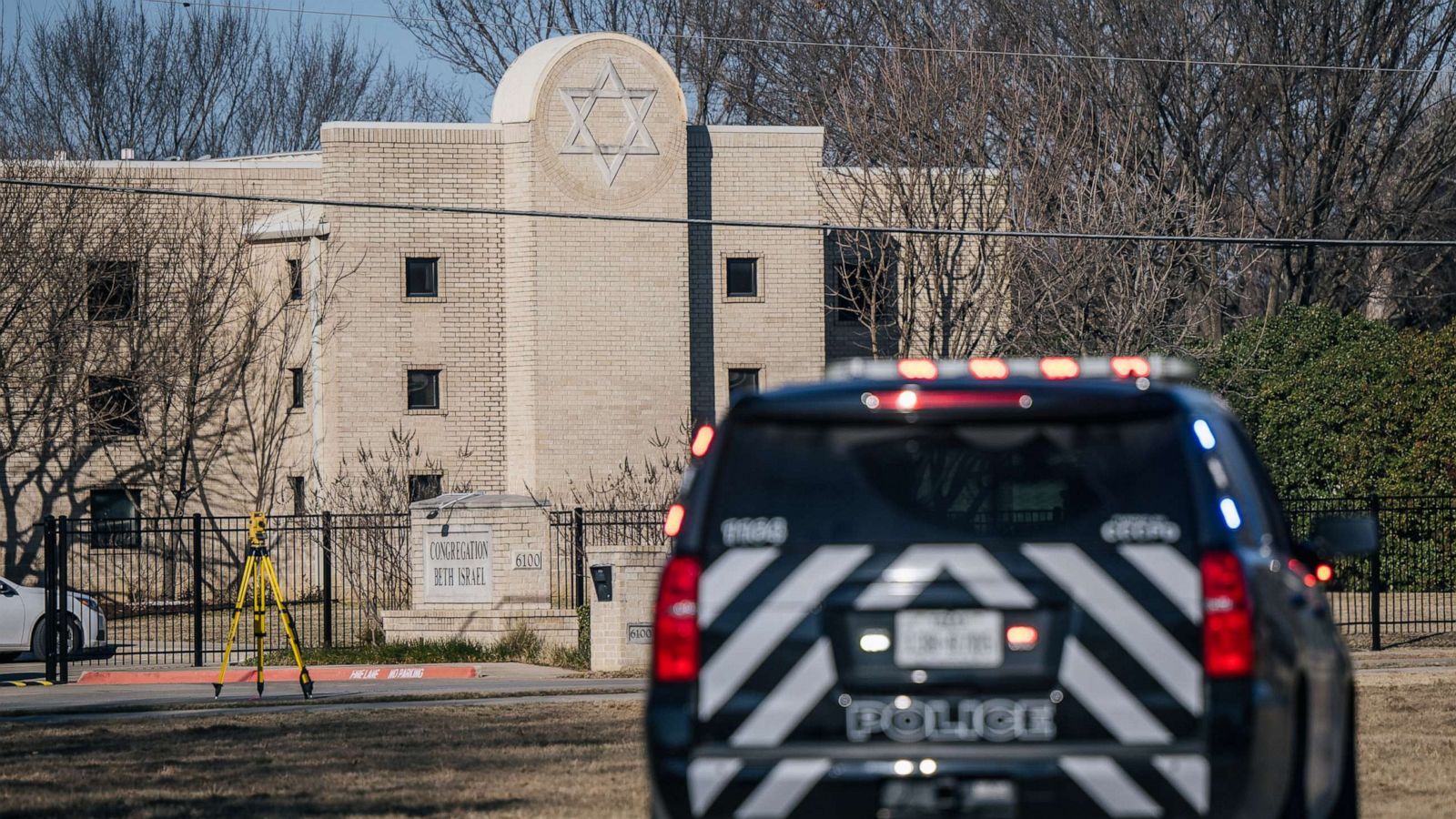 The world was shocked by the hostage taking in a Texas Synagogue by British born muslim Malik Faisal Akram on Saturday 15th January 2022. American SWAT teams brought the situation to a close by shooting Akram dead, but questions of how a man with a criminal record, and who was barred from a Blackburn Court for ranting about 9/11, was able to travel so freely. The since deleted Facebook post from the ‘Blackburn Muslim Community’ called for Allah to bless the attacker with the highest ranks of paradise”, something that has alarmed many. Incredibly, the group have claimed victim status by stating they had ‘received threats’, without evidence. The Muslim Council of Britain stated “Though some may seek to exploit such incidents for divisive ends, we must double our resolve to remain united against such hatred.” – focussing on the critics of jihad, rather than focussing on the hatred of the terrorist. AltNewsMedia has written to the MCB to clarify their statement.

At time of writing, motive appears to be related to unhappiness of the imprisonment of Aafia Siddiqui, or ‘Lady Al-Qaeda’, a Pakistani born terrorist sentenced to 84 years in a Dallas jail for attempting to kill American soldiers. Incredibly, in Pakistan she has become a focal point for anti American sentiment, with not just extremists but even Prime Minister Imran Khan using her case as part of his election campaign, so mainstream is the anti American / pro Jihadi mindset across Pakistan.

AltNewsMedia has been on the ground in Blackburn, a town in Lancashire, Northwest England. A shocking picture has emerged, from streets where houses all fly flags of Palestine to a general unwillingness to criticise the would-be jihadi. As we spoke to people, news arrived of further arrests linked to this case. Bizarrely the media has quickly suggested, without evidence, that the man was mentally ill, something we can find no evidence of speaking in his community.

We relay a conversation with community members who wish to remain anonymous for what they describe as ‘certain reprisals’ if ever their names got out. With trust established we worked on this article, we didn’t ask or receive their names, but here is what they told us:-

“The family of Malik Faisal Akram, the son of a Pakistani immigrant of the 1960’s, are well known in this community.  Six brothers, a few sisters who I have never heard of nor seen and two half brothers from his fathers affair with a token white woman. Sadly a common trend amongst Pakistani Muslim men. His Pakistani wife is subjected to a polygamous lifestyle through no choice of her own.

His father created 6 monsters, who made a small fortune from drug dealing industry in Blackburn. Gulzamir, his younger brother died a few months ago due to suspected  steroid abuse. He paraded his tattoo reading “Jihadi” while owning his own gym from the spoils of the family drug dealing business.

Yasser, his youngest brother followed a girl into her college classroom. And pestered her for her phone number and also followed another college student home then tried her door handle, he was sentenced to nine months in prison for two counts of harassment.

Faisal himself had been in and out of prison, with a 10 years at His Majesty’s Service under his belt for drug related offences and violence.

On September 22, 2001, the Lancashire Telegraph published a report about how Malik Faisal Akram had entered the Blackburn Magistrates building before telling an usher he ‘wished he would have died’ on one of the New York planes which collided with the Twin Towers, killing 2,996 people.

The father of 6 attended Bicknell Mosque, a breeding ground for hate. There are many mosques like this locally, and they should the thoroughly investigated. Children attend from a very young age to become the victims of hateful indoctrination. Social services had removed the children from his care for 4 years. A volatile abusive man but certainly not mentally ill.

The media are outside the Lancashire Police HQ reporting how they are working closely with the local Muslim and Jewish community at this time. Offering comfort and reassurance during this difficult time. I can firmly say Blackburn has NO Jewish community! There is no Synagogue in Blackburn. Any Jewish person would be insane to live here, the free Palestine flags are everywhere as are its supporters.

The family released a statement which was not written by them personally but on the counsel of a legal representative. The family are now seeking answers from the American Government as to why their “mentally ill” brother was allowed into the country on a ESTA visa, landing at JFK airport and able to purchase a fire arm with such ease.

Mr Akram’s brother, Gulbar, demanded more detailed answers about how he had been given a visa.

He said: “He’s known to police. Got a criminal record. How was he allowed to get a visa and acquire a gun.”

Already they are deflecting the blame from his actions and laying the blame at the feet of The United States of America.

Our weak government is too afraid to stop this in fear of being called racist. This was not a random act, the Quran makes it incredibly clear that Jews are to be hated, killed and not trusted. The Quran offers a clear, unambiguous premeditation to murder and terrorism.

Islamic extremism or radical Islam have become the scapegoat to protect Muslims. Islam is the problem full stop. Islam needs a reformation for it to co-exist peacefully, I do not think this is possible.

This rancid individual may have been born here in Great Britain and hold a British Passport but his allegiance was to Islam. He was willing to die for his religion as are millions of others no doubt. I can see the atmosphere here amongst my community. The mosques have flung open their doors for communal prayer, offering deep condolences to the terrorists family. But more strategically ensuring the community are communicating the same narrative in order to keep Islam clear of all culpability. That “a man with mental health issues who had been unfairly killed after he released the 4 hostages”.

Rabbi Charlie Cryton Walker today in an interview unpacked the sequence of events. They saw what to them appeared to be a homeless man knocking on the window. They invited him in to offer friendship and a place of safety. After the preaching began Faizal became agitated and a hostage situation quickly ensued. The 4 men were not released by the terrorist. Let it be clear, the remaining three escaped, frightened for their lives after the Rabbi threw a chair at Faisal.

In an 8 minute voice clip of the terrorist speaking to his brother, he clearly articulated his plan, his current position, his needs and oncoming demise. He even apologises for lying to his brother about going to Mexico to marry a Mexican girl.

“We have no casualties and it’s beautiful, I’m really happy”

“The building is surrounded by police yeah”

He then requests his young son calls him.

As his son cried he shouted “what you crying for, don’t worry about it, this is why I came for”

“Man up, don’t cry, I don’t want you f***ing dropping one tear, I told you” you he barks in his Lancashire accent

He clearly articulates, they need to release my prisoner sister and then “I’ll let them out and I’ll go in the yard after. They will shoot me, I’m gonna die. ”

A man clear and concise.

The Muslim community are echoing how unjustly their hero terrorist was treated. The Americans shot him after he released everyone unharmed! This is the false narrative they will peddle to justify anger towards America.

As a community here the majority are condoning this man’s actions, celebrating his martyrdom. Sadly the apologetic silence is deafening towards the Jewish community.

If a fly was on the wall, gathering intelligence about these people, a large majority of the muslim community would be branded racist antisemites who support the annihilation of the Jewish State and its people.

I would like to end in his infamous last words

“My heart has become stone” the true state of a devout Muslims heart.

My sincere thought and prayers are with all the victims of Islam, the persecuted Christian and Jewish brothers and sisters across the globe.